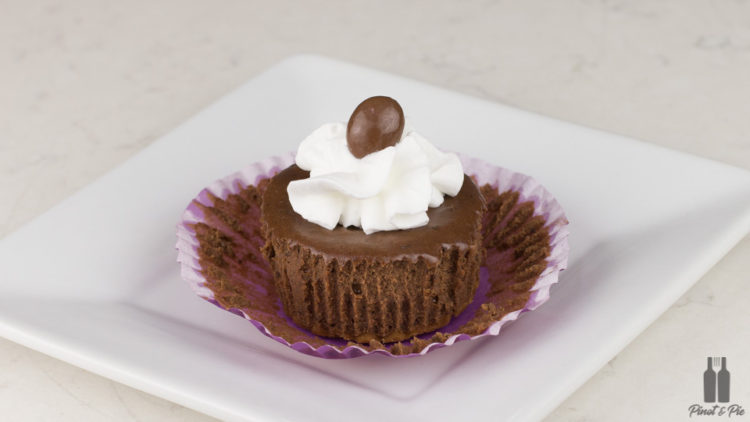 It’s my birthday so given that we are all sheltering at home, I decided it was time to bake something to celebrate!  For me, that means chocolate, but traditional cake or cupcakes just weren’t getting me excited.  Thinking through the ingredients on hand, I decided to make some cupcake-sized chocolate cheesecakes with the last of my cream cheese.  One reason for the cupcake version was I wanted to “keep it simple.”  Unlike a full-sized cheesecake, the cupcake version doesn’t require a springform pan, a water bath, or making and baking a crust. 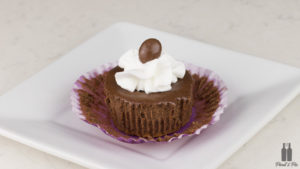 You may ask, why use up the last of my cream cheese for my birthday dessert?  It has to do with birthday memories.  Birthdays remind me of family.  Growing up, my mom and dad always made my birthday really special.  Mom is staying with us for now, but my dad has been gone awhile.  However, Dad used to make great cheesecakes, and sometimes he made a chocolate rum version that was amazing.  While I have his plain cheesecake recipe, I don’t think he ever wrote down the chocolate version.  We made it together once but that was a long time ago, so I don’t remember all the details.  Plus I only have two 8-ounce packages of cream cheese, and his recipe calls for three.  Time to improvise and get creative!

First for the crust.  I know that some people use vanilla wafers, chocolate wafers, or crushed graham crackers with butter.  However, I found a few round shortbread cookies in the freezer, so I am trying those for the crust.  I just placed the whole cookie in the bottom of each paper cupcake liner.  Simple.

At least it was simple, until I figured out I was short a few cookies.  Time for more improvising.  No quick runs to the grocery store like in pre-COVID-19 days.  Besides, I made a New Year’s resolution to waste less this year.  Among other things, that means I am trying to make use of all the ingredients I have on hand.  So I grabbed some graham crackers, but the idea of crushing them, adding butter, and baking mini cupcake sized crusts did not mesh with my “keep it simple” plan.  Instead, I just broke a few into squares, broke off the corners (guess where those went—snack time!), and fit them into the bottom the remaining cupcake liners.  We’ll find out how that turns out. 🙂 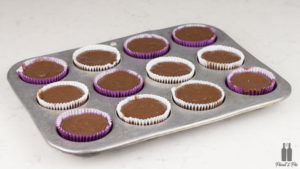 Here’s how I made the cheesecakes.  In my electric mixer, I beat two 8-ounce packages of cream cheese with 3/4 cup sugar, 1 tsp. vanilla, and 1 tsp. dark rum.  When it was light and fluffy, I added 2 ounces of melted, but not hot, unsweetened chocolate and 4 Tbsp. of unsweetened cocoa.  Then I beat the mixture just until it was uniformly chocolate in color.  Next I added 2 eggs (one at a time, beating after adding each one).  Then I used a small scoop to divide the mixture evenly among the cupcake liners and baked the mini chocolate cheesecakes for 16 minutes. 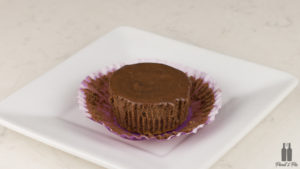 They are cooling in the pan on a metal rack now.  When they are completely cool, I will refrigerate them for at least a couple of hours.  Let’s see if I can actually wait that long to try one…

… I waited and definitely worth the wait.  Creamy, yummy chocolate.  Success.  Give them a try and let me know what you think.

You can serve them with whipping cream, chocolate sauce, raspberries, or your favorite topping, but plain would work just fine too. 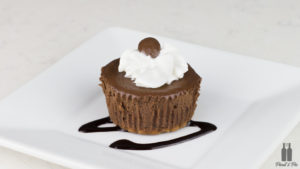 Sign up for Pinot & Pie notifications when new posts and recipes are added!