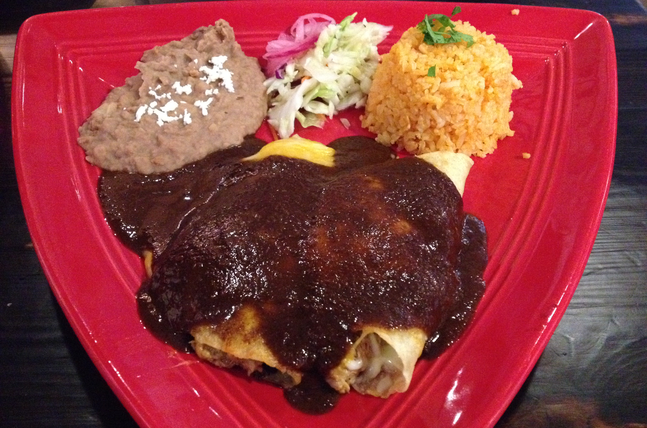 Sometimes we just need to get away, don’t you?  This was one of those weeks, so for us that meant we were counting the hours until we could take off for a weekend on Catalina Island off the coast of California.  If you haven’t been there, Catalina Island is a small island about 26 miles off the coast of Los Angeles.  When you step off the ferry, it is like a step back in time.  Things move at a slower pace, and everyone has a smile on their face.  In other words, my blood pressure drops a few points (probably a lot of points) upon arrival.

But we are far from the first to find Catalina Island the perfect escape.  Well before our time, a group wrote a song that sums it up—“Twenty-six miles across the sea, Santa Catalina is a-waitin’ for me”—with a promise of tropical trees, relaxation, and recharging.  Sounds good, right?

On this trip, we tried a new restaurant, called Maggie’s Blue Rose, for lunch.  It just opened two months ago in the space below Steve’s Steakhouse on the main drag in Avalon (the main town on Catalina Island).  Maggie’s is an upscale, Mexican restaurant that was opened by Steve and Margaret Bray, who own Steve’s Steakhouse.  Thus, the name Maggie’s refers to Margaret, but we are not sure where the Blue Rose part came from—a question for our next visit.

While a little pricey, the food was amazing!  J had the duck enchiladas drenched in homemade mole sauce.  The duck was perfectly moist and tender.  The mole sauce had a wonderful depth of flavor and paired well with the rich duck.  I kept stealing bites off his plate. 🙂  The enchiladas were served with a side of refried beans, Mexican rice, and a little pickled onion and cabbage.  Unlike at most Mexican restaurants, the refried beans were not watery and bland.  Instead, they had a fairly stiff consistency and were nicely seasoned.  They also offer black beans and white rice with cilantro, but I prefer refried pinto beans.  I ordered a single chicken enchilada with verde sauce.  It was tasty as well.  The verde sauce was a little thinner than I usually like, but the flavor made up for it.  The sauce had a limey tang that was just right.  I had to try the Cadillac Margarita (Patron Reposado, sweet-and-sour, and Grand Marnier)!.  They got it right too!

We will be going back to Maggie’s Blue Rose.  Next time I will get my own plate of mole-drenched duch enchilaldas.  What a great get-away that was made even better with a new restaurant experience!!!  I am repeatedly amazed at the important role food plays in adding to my memories.

thermometer should read at least 145 degrees to ensure that it is done.